Another project for my lathe is a way to stop the auto feed automatically instead of me having to raise the lever myself.
There are a few mod's out there already which address this issue with the mini lathe but they require quite a bit of machining or fabrication of brackets.
I spent some time standing and staring at the lathe trying to come up with some ideas that need the least amount of interference with the lathe and not a lot of machining.

I came up with the idea of adding a second arm to the half nut lever that points downwards when the autofeed is engaged, this would then hit a striker that could be adjusted along the axis of the lathe bed. 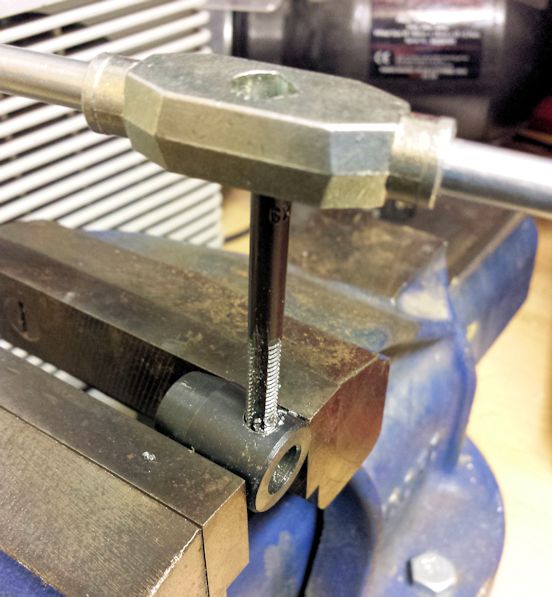 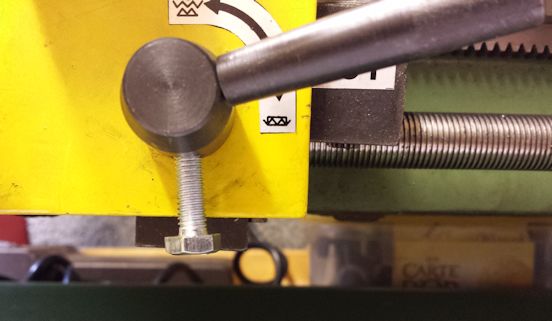 The bolt was for testing purposes, I intend to install a shaped lever with a flat surface etc.

The next challenge was to make something that would fit to the lathe and be adjustable and not interfere with the normal use of the lathe.

I thought about a block of wood secured to the control box housing with a length of threaded bar sticking out to hit the lever as it traveled towards the chuck but his meant that I would need 2 or 3 different lengths to cover the range of travel needed.

I considered having something clamped to the lathe bed that would stick out and down to hit the lever but this my get in the way and need to be removed in normal usage.

I settled on a design that would clamp to the underneath of the lathe on one of the longitudinal ribs (can't think what they are actually called !)

Here's some CAD I did whilst working it out. (Done in Tinkercad.com) 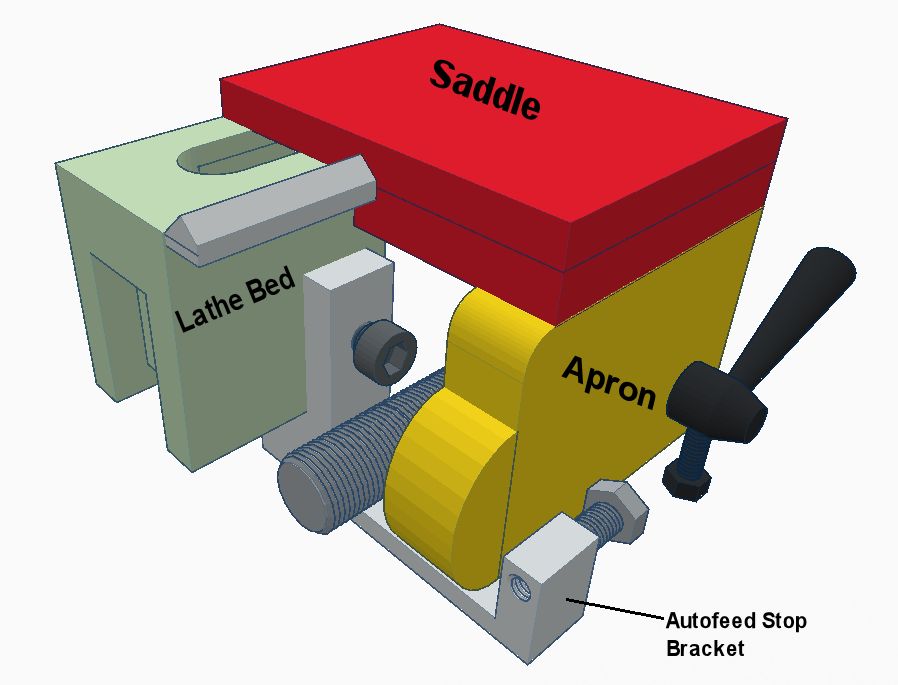