After owning the lathe for a couple of months an getting used to it I decided it was time to attempt cutting threads, I'd watched loads and loads of YouTube videos on the subject and felt I'd got the basic idea so it was time to give it a go.

I'd bought a quick change toolpost which would allow me to swap the cutting tools without having to shim my tools for their different heights, I went for a Myford type from Warco but it needed a 11.2mm stud whereas mine was only 10mm so it was just the project I needed to try out turning a new toolpost stud to fit.

After changing the gears to get a 1.5mm pitch I found that whenever I engaged the leadscrew it would force the reverse tumbler gears out of mesh without even trying to make a cut...... not good!

After a phone call to Warco and a discussion with the technician I decided to see how difficult to turn the lead screw was and yes it was very difficult to turn, not really possible with my fingers even with the gear removed from the end.
I removed the two cap screws from the right hand bearing and it sprung away from the lathe bed around 10mm, hmmm! I thought I'd found the problem, the leadscrew was not parallel to the lathe bed, something at the other end was out of true.

After removing the leadscrew and inspecting the left hand bearing I noticed that there seemed to be a clash between the bearing and the bracket that hold/adjusts the 'B' and 'C' gears.

I removed the bracket completely and enlarged the hole where the clash occurred with the bearing.
Still with the bracket removed, I re-fitted the leadscrew and checked how free it was with both bearings re-fitted, it was still a little stiffer than I thought it should be but easier than with the bracket fitted, whenever I tightened up the right hand bearing it was stiffer to turn so I added a thin shim under the left hand bearing and then it ran freely using my fingers when both bearings were fully tightened down. 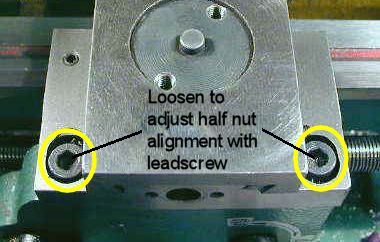 After re-assembling the bracket and gears I then aligned the apron by loosening the cap screws and engaging the half nuts then re-tightening, when you engage the half nuts the leadscrew should not move significantly side to side, if it moves upwards the you may want to place a shim between the apron and the cross slide.


The other thing I did was to improve the locating of the leadscrew direction lever, as it had slipped out of the detent so many times it had worn a groove in the casting so I drilled a 3mm hole slightly above the original detent. ****Be careful when drilling into the casting, the drive belt runs under that part of the casting **** 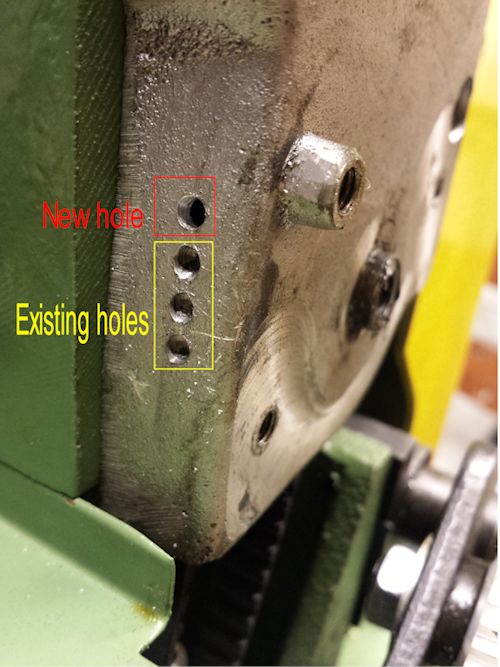 I then turned down part of the plunger to give it a 3mm (just under) parallel section that would go into the new hole and secure the direction lever in place. 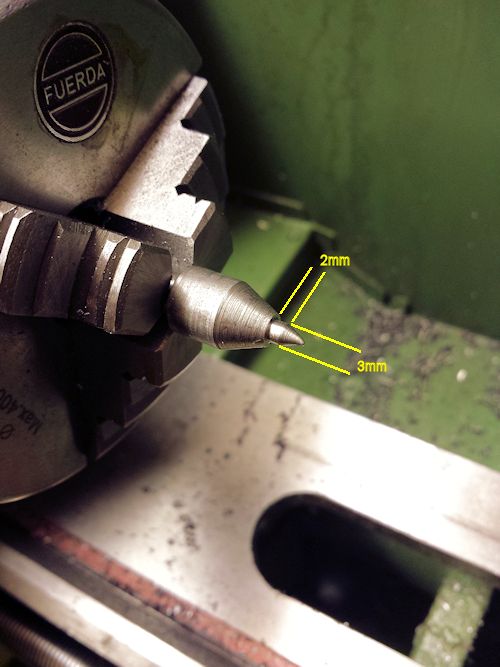 The plunger still has the tapered point so it will still work with the other two detents.

Following these refinements I successfully made an new stud for my quick change toolpost, I also thought the lathe was a bit quieter as well.
.